I've had my first ever conference talk in front of 17,000+ people

The process from my original goal to getting selected, preparing thoroughly and finally giving the talk 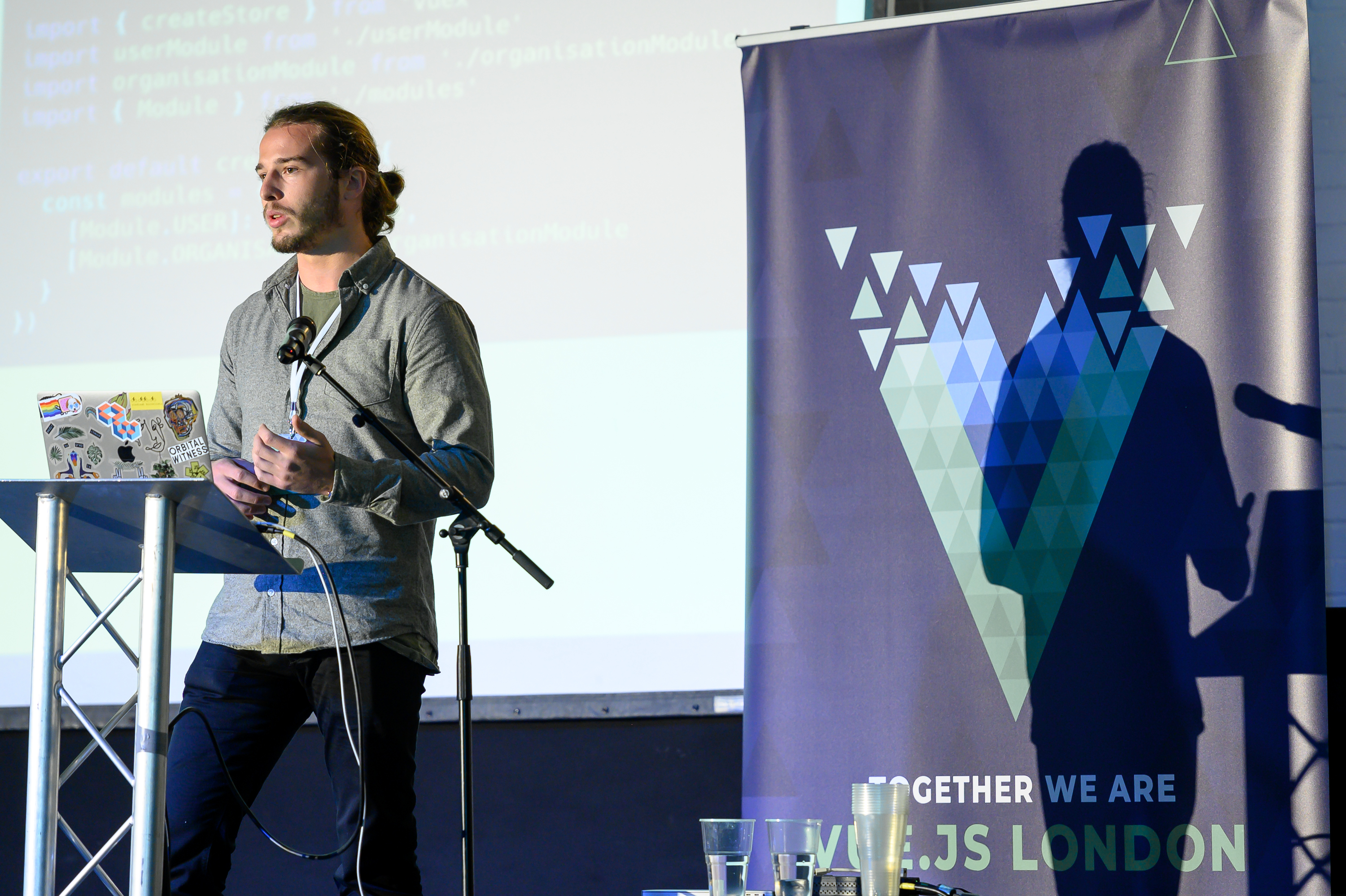 During our lunch break, my CTO and I were wandering around the uncharacteristically empty streets of London. At one point, I said that I would love to start speaking at tech conferences and that my goal was to have my first talk by the end of the year. I didn’t really know what to expect; were conferences still a worthwhile pursuit given the pandemic? Nonetheless I had a dream so I stayed faithful to it.

I was looking for conferences to attend and stumbled across Vue.js London. I loved the idea of presenting something related to my favourite framework in the city I had just moved to  —  I had to go! A friend of mine in the company agreed to go with me and we told our lovely office manager, Naomi, who got us tickets in no time. I love this part about working at Orbital Witness, they let us invest in ourselves and help by providing time and money to do so.

The conference itself was massive. It’s the second biggest Vue.js conference in the world. At the same time that I was thinking about this conference I wrote a blog post about How To Structure a Massive Vuex Store for a Production App. The post went a bit viral and so it was clear to me that lots of people liked reading about it. As such I decided to turn that post into my conference talk. On a random Saturday morning, I sat down with my laptop and filled in a conference talk application. The post helped a lot since I already had most of the conference talk description written.

It’s at this point that I imagined myself on the stage, giving a talk in front of a huge audience. I was both excited and really nervous but I pressed on.

I’m sitting in the office and my mind is filled with JavaScript. People around me are laughing, but I’m in the zone with my noise-cancelling headphones on. An email then arrives:

I instantly got rather excited. I couldn’t sit still. I felt like it would be a bit awkward to stand up mid-work day and start jumping around and celebrating in the office in front of everyone. So instead, I stood up, went to the rooftop, and started jumping around where nobody could see me. I was thrilled. I called my sister because I had to share it with her.

Remote talk… or not

My original goal was to have a conference talk in person but because of a complicated schedule and the crazy post-COVID world, my conference talk ended up being a remote one. I was still perfectly fine with this since it was my first conference anyway.

Then, a few weeks later another email arrives. One speaker wasn’t able to make it to London and speak in person and serendipitously an empty conference slot appeared. The email said “Domagoj, would you mind taking it?", I emphatically said “YES!"

One of the valuable pieces of advice I got was to make sure to rehearse the talk many times. I did just that. Every day, at least once. I would say around 20 times in total. I could almost sing my conference talk. A week before my conference talk, I presented it in front of my team. That specific practice and their advice was incredibly valuable. It forced me to update the content a bit to make things more clear. And then for good measure I rehearsed it just a few more times.

The 20th of October finally arrived.

I made sure to get a good night’s rest. Just to be sure, I rehearsed the talk one last time. The venue was luckily 15 minutes away from me by foot. For London, that means we’re practically neighbours. I arrived at the venue, feeling like I’m on top of the world. The night before we had dinner with the speakers and organisers so I had already gotten to know a lot of people. Soon enough the first speaker started their talk. I knew that mine would be there in a heartbeat.

Here we go. The MC announced my name, gave a short introduction and handed the stage over to me. I was suddenly there, in front of everyone and rather unexpectedly I felt pretty relaxed. I was sometimes more anxious during my rehearsals. I started speaking and everything went better than expected. To remember the occasion, a friend of mine, from the company, posted a photo of me on stage to our #kudos channel on Slack. I loved seeing that after my talk as well as all the comments from colleagues congratulating me on my achievement to speak at Vue.js London. I was both touched and really proud of what I had accomplished.

The conference was just incredible. I met so many great people at the event and many more on Twitter where my inbox almost collapsed with all the inbound congratulations and questions about my talk. After coming back to an office full of colleagues, they were all genuinely interested in my experience on stage and my reaction to achieving my goal. I’ve never experienced that much support in any other company.

Now that the dust has settled off the back of my conference talk, I’m eagerly awaiting the next one and can’t wait to do it again!

Finally here’s a pre-recorded version of my talk that I gave at Vue.js London: